The Tragedy of Scandal

Posted on August 5, 2018 by veilofveronica 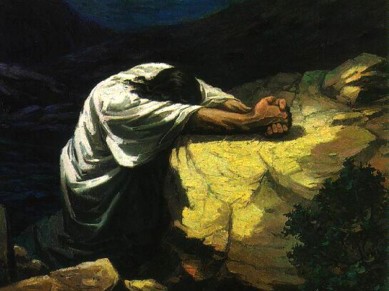 “The road to hell is paved with the skulls of erring priests, with bishops as their signposts.”
St. John Chrysostom attributed

I just wanted to say a few words about the breaking scandals in the church.  From the one with Cardinal McCarrick, to the Pennsylvania situation, all I can say is my heart is broken, though I am not surprised.

When I think about it words like “horrified” come to my mind.  An anger rages inside of me.  How can we remain faithful when those whose care we are entrusted to abuse us?  The answer of course lies in Christ Jesus.  He is who we keep our eyes on.

The other day while at work I had a stunning moment with the Lord.  I can only describe it as feeling like I was taken to the Garden of Gethsemane to the precise point where Christ fell on his face and stated;  “O my Father, if it be possible, let this cup pass from me: nevertheless not as I will, but as thou wilt.” (Matthew 26:39).   The feeling I was given was that Christ was not imploring the Father to stop His physical pain, but to stop seeing OUR SIN.   Like the moment Christ was shown by the Father that our Shepherds would abuse children and adults, and all of the worlds other sins, THAT WAS TOO MUCH.  Specifically sexually abusive Priests and Bishops were shown to me as ripping people’s souls out.  What I felt I was shown was that it was seeing all of this that prompted him to speak.  That is the cup he wanted to pass.  And he would endure the physical pain to give us victory over these sins.  But here we are 2000 years later in a deep abyss clinging to sin and not having victory over the devil.  Some Church authorities have handed themselves to the devil, and the “smoke of Satan” has entered the church. The sorrow I felt in this moment with the Lord was so immense and intense I broke down crying.  I couldn’t contain the sorrow.  What have we done?  We continue to scourge, spit in His face, and crucify our Lord Jesus Christ.  He has not abandoned us.  Sinful men have abandoned Him.  And just as Christ died for the man who was nailing him to the cross, Christ too died for those abusers.  Let us pray with all of our might that they repent and return to the Gospel.  Let us also pray for complete and total healing of all those abused who have borne the brunt of this tragedy.

For all of us, all I can say is, Keep your eyes on HIM.  Do not be fooled, this is the Passion of the Church.  And just like Jesus exposed the leaders of His time, He is exposing those of our time too.  Justice will be HIS.  We must remember though, don’t leave Jesus because of Judas.  The church with all her flaws contains the bread of everlasting life.  The Eucharist.  It is said that Judas stopped believing when Jesus gave the bread of life discourse.  It is precisely in the Eucharistic Lord that we will find the gates of hell shall not prevail.

I am a mother and wife as well as an RCIA and Adult Faith Formation catechist at a parish in the south. I have 3 children and a great husband.
View all posts by veilofveronica →
This entry was posted in Catholic and tagged Catholicism, Church Sandal, Faith, Garden of Gethsemane, Sin, truth. Bookmark the permalink.

11 Responses to The Tragedy of Scandal