Be True, Not Right – Judgment is for God

Posted on December 1, 2018 by veilofveronica 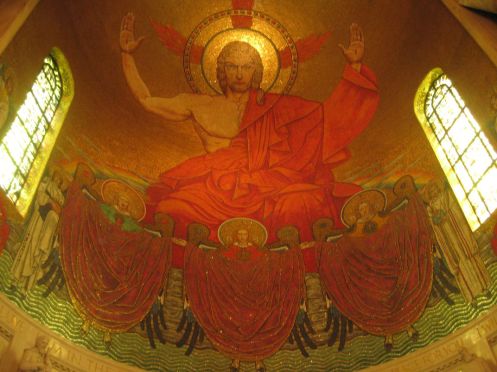 “Do not judge, or you too will be judged.  For in the same way you judge others, you will be judged, and with the measure you use, it will be measured to you.  “Why do you look at the speck of sawdust in your brother’s eye and pay no attention to the plank in your own eye?
How can you say to your brother, ‘Let me take the speck out of your eye,’ when all the time there is a plank in your own eye?  You hypocrite, first take the plank out of your own eye, and then you will see clearly to remove the speck from your brother’s eye. Mark 7:1-5

This post may make some people mad.  That is okay.  This post is directed towards those who know the Catholic faith is true and right.  To those that know the teachings of the church are the proper way to live, this post is a word of caution to you.

God tells me that ultimately the church (on both sides) doesn’t quite have it right.  The left has chosen to embrace sin…. But He really truly talks to me about not judging people all the time too and honestly, it is the people on the right who I see tons and tons of judgment from.  Just in the past two days I have read reports from solid solid Catholics who are speaking about schism.  Let me tell you something, CHRIST ALLOWED THE AUTHORITY TO WALK HIM ALL THE WAY TO THE CROSS, even though the authority was wrong and He was right.  Schism is rebellion, and that is precisely what Satan wants.  Rebellion.

I now do spiritual direction and I am on a Deliverance Team.  The people that come to see us would typically fall in the category of “left”.  Though to God they fall in the category of “child,” just as each of us is a child of God.  They are steeped in sin, and aren’t really convinced that what they have been doing is wrong.  But the Holy Spirit has obviously gotten a hold of them because they know they’re life can be better which is how they walk in the door in the first place.  I see repeatedly that these people are VERY VERY BROKEN.  It’s as if I can see demons who have talked to them their whole life… so their whole perception of themselves, of others, and of the world… it’s based on a lie.  They are objectively living in sin… But if I step back and really look, it’s as if they are sitting in a chair and demons are pounding on them.  Demons that started pounding on them as babies.  Usually that lie is that they are not loved or worth anything.  They do not rest securely in God’s love.  So they make up a God that they can live with so they can continue to cope.  They deny sin because sin was inflicted UPON them by people who they loved and they cannot reconcile that in their heads…. And it manifests in rage too because from that perspective it’s as if you have to justify your existence.  You rage because everything your whole life has screamed at you that you’re worthless…so you scream back…thinking inside “I have a right to breathe”…but not really believing that you do deep down.  The deepest core of that rage is the belief that your very breath isn’t worth anything.  This rage, which really boils down to self-hatred has boiled over in the streets.  People screaming… look I AM WORTH SOMETHING… and it’s a demonic misperception… And it is precisely here that God’s mercy can break through.

I cried after meeting with some of these people  because how do you preach the absolutely beautiful Doctrines of truth without inflicting more damage?  Truth stabs them in the heart if it is presented too harshly because they were never taught, or sometimes they were taught but taught by total hypocrisy, where the rules were taught but not lived….   So for me, and for our deliverance team, we take a walk, a spiritual walk with them, mostly just asking them questions.  It becomes really beautiful when they realize of their own accord (with the help of the Holy Spirit) that they have to change…. And it’s how true conversion takes place.  This is actually what deliverance is.  We teach them how to forgive, and then we teach them how to renounce the demons who have spoken to them, so their perception of reality becomes a Godly one.  And the change is astonishing.  And the whole time, it is them who says the prayers, not us.  We teach them to take the authority of their own life back from the devil.

It is all  like watching the church crisis on the front lines.

All the while God is telling me the road is narrow.  People fall off to the left and right.   I struggle with social media now because I just objectively want to speak truth, but the walking wounded are so so terribly wounded that they perceive wrongly because demons have trained them how to think their whole lives.  I so totally understand why Christ said, “Father forgive them, they know not what they do.” Because it isn’t as if they didn’t know they were nailing Him to a cross.  They knew that…But they believed it to be a good because of what demons had done to them.  Christ could see that.  That’s why he could separate the people, who are made in God’s image, from the demons who have totally rejected God. And it IS why He was so harsh on the Pharisees, because THEY DID KNOW better.  I feel like the people who believe the orthodox teachings of the church really have to be careful about this…. Objectively their opinions are “right” but how are they viewing the other person?  If they want their demise and not their salvation, then they are not being TRUE to what Christ taught.  Do not mistake forgiveness and obedience with condoning sin.  To be truly lifted out of sin, we HAVE TO FORGIVE, but that doesn’t mean a person doesn’t have consequences.  And obedience, the reason it is so important is because it is precisely the thing that Satan would not do.  Jesus was obedient, even unto death, and it brought Resurrection.

Ultimately what God shows me is that He wants is restoration of union with HIS WILL, like it was in the garden before the fall.  Jesus came to destroy the works of the devil, and HE DID THAT, but WE HAVEN’T embraced it.  That’s why the church herself will go through a Passion, because a Passion will bring us to Resurrection.  A birthing.  Where each person can be fully realized in what it is God actually wants for us.  If only we would listen, we would have the full power of God behind us.  I believe this will happen, but not before we are ALL stripped naked, and humiliated.  I just hope we can stand up at the foot of the cross.  I pray for the grace of perseverance everyday now.  God wants a different looking church than what we have right now and it will quite literally be a hell of a ride before we get there.   Pray without ceasing.  Stop judging, start listening and start walking with people in love.  If they don’t listen, you don’t acquiesce to evil, you stand in it’s way, just like Christ did.  He didn’t leave, He didn’t attack, He didn’t stop preaching truth.  He stood in the way.  And it led to the cross and brought Resurrection.

I am a mother and wife as well as an RCIA and Adult Faith Formation catechist at a parish in the south. I have 3 children and a great husband.
View all posts by veilofveronica →
This entry was posted in Catholic and tagged Catholic, Faith, Jesus, Life, Passion of the Church, Prayer, prophecy, Schism, truth. Bookmark the permalink.

33 Responses to Be True, Not Right – Judgment is for God