Now is the Time for the Prosperity Gospel

Posted on October 29, 2019 by veilofveronica 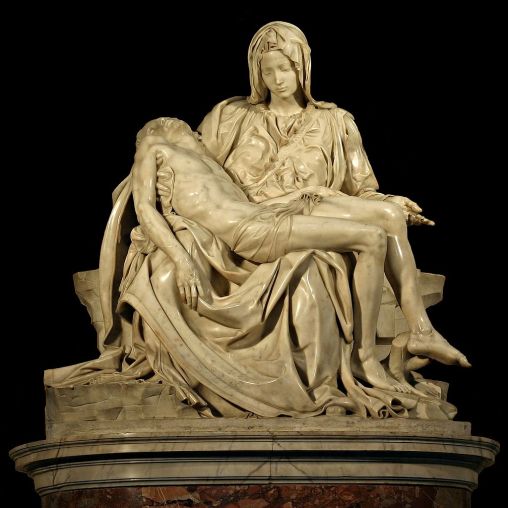 For I know the plans I have for you,” declares the Lord, “plans to prosper you and not to harm you, plans to give you hope and a future. Jeremiah 29:11

This week one of our ministry leaders experienced a tragedy.  As you all know I work in deliverance ministry with Jansen Bagwell who is the lead of this ministry at our church.

Before I begin this story, I just want to comment on the man and his wife.  They are not perfect, none of us are, but Jansen is the closest thing I have seen to a true disciple of Christ this side of heaven, and his family exemplifies the domestic church.  He has helped to heal me and my own family.

Jansen brings Christ to the people, but not in a way that judges them, in a way that walks with them and lets the person make a free will choice.  Often times in deliverance sessions we will get to a certain point, and it is this point where there will either be a breakthrough and major healing will take place, or the person will choose to walk away.  There is no control over the other.  This exemplifies Christ to me because Christ does not try to force us to love, or even to be healed.  Love is a choice.  I am always sad when a person walks away, but in the world we live in many regularly walk away from the Lord and the exact place He wants to heal them.  Jansen prays for them as do I.  I tell you this so you can see in the following story, the choice to love, even when it seems impossible.

On Thursday October 24, 2019 at 19 weeks pregnant with her fifth child Jansen’s wife, Amanda, started bleeding heavily.  They called 911 and the ambulance rushed her to the hospital.  The surgical team was waiting for her and due to the severity of her complications they performed a hysterectomy removing her uterus.  Her placenta had grown through the uterine wall and had almost reached her bladder.  She had almost no amniotic fluid.  She was in danger of death so in order to save her life and stop the bleeding they had to operate and deliver the baby who was not yet at a viable age.  There were no other options because otherwise they both would die. The baby was delivered, he did not survive.

The following is my recollection of testimony of Father Dan Reehil (yes, the one of Harry Potter fame, who happens to be one of the best Priests I know – a true Apostle of Christ).  Father Reehil was present at the hospital with the Bagwell’s and he gave testimony in a homily on Friday October 25, 2019.

Father Reehil stated he got the news that Amanda and the baby were in distress so he hopped in his car and began to drive to the hospital.  He said that on his way to the hospital the Lord told him that he would send 3 Priests to show the presence of the Blessed Trinity.  He said when he arrived, it was just him.  But a short time later another Priest, Father Nick Allen, showed up, and a little while after that another, Father Bala.  3 Priests, just as he had been told.  The other Priests were the Associate Pastor and the Pastor from our church.

Father Reehil began to cry during his homily as he explained what happened next.  He said they brought the baby to Jansen, who held his son.  He said Jansen prayed a prayer of Thanksgiving to the Lord for the child and told the Lord that the child was never his, but had always belonged to God and he offered him back to the Lord.

Father Reehil with the assistance of the other Priests baptized and confirmed the little boy during the surgery and commended him into the arms of his good Father as he passed away.  This gives us another saint in heaven.  Father said it edified and strengthened his own faith to see Jansen’s prayer and that if we all had faith like that the world would be a much better place.  Father Reehil continued to cry through the consecration.  He later told me that it was a Mass truly from his heart.  I knew it to be true.

As I sat in the pew listening I cried louder than I ever have in a church filled with people and I didn’t care if they saw me openly weeping.  If it hadn’t been so solemn and I hadn’t been crying so hard I would likely have shouted “AMEN – AMEN I believe.  I believe because of the power of your witness’ testimony!”  I experienced healing in a deeper more profound way over my own miscarriage from an ectopic pregnancy back in 2003 where I too almost died from blood loss.  The Lord was using this witness to heal me more deeply.  I believe the Bagwell family has no idea how many people this will impact.

It has been very emotional for Jansen’s family.  His wife experienced a lot of pain and does have a bit of a road to recovery but she seems to be recovering nicely.  Jansen said they can see the tiny miracles in the small things, like the timing.  On the Tuesday before, Amanda had had an appointment with a maternal fetal medicine doctor who had discovered that there was almost no amniotic fluid with the potentially life threatening complications for her and advised her of the severity of it.  Because of this she advised Amanda not to travel anywhere that would be further than 2 hours from a major hospital.  Amanda listened and canceled her work trip to switch her work plane flight to the middle of no-where Illinois.  This saved her life because she was supposed to be on that plane when the bleeding started.  The path has been overwhelming and emotional, for all in their family – including their older children.  Please keep all of them in your prayers.

It is here that I want to offer my personal commentary.  This is one of those tragedies or traumas that could make a person bitter and angry at God.  I know back in 2003 I struggled with that myself.  But Jansen offered thanksgiving and gave his son, whom they named Gabriel Paul, back to God.  I feel certain the name Paul is because of the impact Saint Paul had on Jansen’s conversion to Catholicism.

He offered THANKSGIVING as his son was dying.  Do you know what that is?  That is prosperity in VIRTUE.  That is LOVE OF GOD.  THAT IS THE PROSPERITY GOSPEL.  It’s freedom in God that is grounded in thanksgiving.  Eucharist means thanksgiving.

We don’t know God’s ways, they are not ours, and Jansen displayed love and trust of God’s plan in a way I have never seen before.  Reminiscent of Job who continued to say God was good, even in the midst of his pain.  And when Job is taken into the whirlwind he cannot even speak at the immensity of all God is.

I have often heard people speak about having gratitude in everything.  Gratitude towards the God that loves us even when we suffer.  And I wondered why gratitude is so powerful? We know it is, because it takes our breath away when we see it.  And it struck me that gratitude is intertwined with mercy.  A thankful person is a person who holds no grudge, who forgives to the fullest.  Even the things we cannot understand.

I fully believe that it is not God who wills our suffering.  But when I see a tragedy like this it can often make me question.  Lord why do bad things happen to good people?  And the Lord showed me Saint Paul;

Now I rejoice in what I am suffering for you, and I fill up in my flesh what is still lacking in regard to Christ’s afflictions, for the sake of his body, which is the church.  Colossians 1:24

I don’t know why they had to suffer this, but I know in the turning to Christ with it they have partaken in His Cross.  And His Cross always brings resurrection.  It already did for me and my own healing.  Their afflictions and uniting it to Christ strengthened ME, a part of the body of the church.

I had asked the Lord, after Amanda’s appointment, if she and her baby would be okay.  He had told me “yes”.  So when this happened, I questioned him again.  He told me his promises are true and they were both more than okay, as one in eternity with Him in heaven and one, after a path of healing on earth will continue his work.

And it occurred to me that we now have an intercessor.  In the age we live in, where the womb, motherhood, fatherhood, and children, are attacked on a regular basis, we now have a Holy Innocent who sits with the Father and intercedes on our behalf.  Father Reehil said the Confirmation name Jansen chose for his child was Elizabeth.  Father Reehil saw great wisdom in this choice because the child’s entire life was in the womb.  Elizabeth’s womb was a very significant place for Saint John the Baptist; where he received his vocation from Jesus during the Visitation of Mary to Elizabeth.

Gabriel Paul Elizabeth had a funeral Mass and was buried on the Feast of Saint Elizabeth, as God would have it.  Besides his family and the Priests, the parish members and friends were present to bid farewell to this child we never met but who had a great impact on our lives.

In our world of confusion, when we don’t know what’s what, neither inside the church or outside of it, it is immeasurably beautiful to see the Sacramental life fully embraced and lived in the people around us and in the community we share.  The Mystical Body in action gives clarity in a world of confusion and it keeps our eyes on Christ.

I know Jansen and Amanda have a long road of healing ahead of them and I continue to pray ardently for them.  I pray that God will heal their emotions and her physical body and continue to pour himself into their souls.

Saint Gabriel Paul Elizabeth of the womb (The mercy seat), pray for us.

I am a mother and wife as well as an RCIA and Adult Faith Formation catechist at a parish in the south. I have 3 children and a great husband.
View all posts by veilofveronica →
This entry was posted in Catholic and tagged Eucharist, Father Dan Reehil, gospel, Harry Potter, Harry Potter Priest, Jansen Bagwell, Prosperity Gospel, redemptive suffering, Saint Gabriel Paul Elizabeth of the womb, Thanksgiving. Bookmark the permalink.

8 Responses to Now is the Time for the Prosperity Gospel