Prophecy and the Overwhelming

Posted on January 22, 2017 by veilofveronica 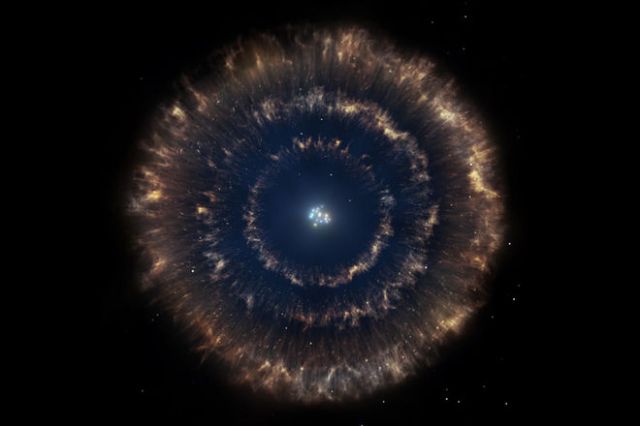 Be dressed ready for service and keep your lamps burning,  like servants waiting for their master to return from a wedding banquet, so that when he comes and knocks they can immediately open the door for him.  It will be good for those servants whose master finds them watching when he comes. Truly I tell you, he will dress himself to serve, will have them recline at the table and will come and wait on them. It will be good for those servants whose master finds them ready, even if he comes in the middle of the night or toward daybreak.  But understand this: If the owner of the house had known at what hour the thief was coming, he would not have let his house be broken into.  You also must be ready, because the Son of Man will come at an hour when you do not expect him.  Luke 12:35-40

In the days leading up to the U.S. Election, while many people were speculating or panicking about all kinds of things, I feel like I was out in left field.  Other than scanning the headlines here and there, I spent much of the time in prayer, trying not to pay attention to all of the vitriol, though I did wonder about the future.  I said a novena to the Holy Spirit, and I visited Adoration as often as I was able, and just generally spoke to God.

Many people already know I have experienced the charism of prophecy.  I think that each one of us has a charism, a gift, or perhaps many gifts that the Holy Spirit imparts on us. Being that we, as a people of God, are called to the priesthood of the people and to be prophets, many of us at one time or another may also have experienced the charism of prophecy.

Let me preface my story with this; the message I get most of all from God is one of DO NOT BE AFRAID, and DO NOT WORRY.  God is in all things and everything is connected.  God works all things for the good of those who love him.  The main message of a Prophet and what should be the message of all Christians is – Do God’s will, not your own.  Step on the path of righteousness.  Be a light in the world of darkness.  Insert love where there is none.

So, with that said, during this time of prayer, I wanted to share with you a few things I felt the Lord share with me.  In the past I have really felt an experience of God, and I would even go as far as to say that there was a period of time I lived that experience, better than I had ever before, or even since then.  And this time in prayer, I experienced him again.  And the only word I can use to describe it is OVERWHELMING.  And when I come back to “reality” after prayer like this, I can feel kind of sad.  I feel sad because I see how much he loves us, and how much we doubt that here on earth.

In my head, God showed me a depiction of heaven, hell, and purgatory.  It was as if he was showing me heaven is a STATE OF BEING.  A state of being in perfection, and that perfection is LOVE.  There is nothing like it.  He showed me this state of being in a visual form and the picture above is the best depiction I could find of what I saw.  It appeared to me as a ball of light.  The center of this ball of light is the height of heaven, where there are no more tears, there is no sin, there is nothing but love and perfection.  God is CONSTANTLY calling us to this state.  It is what makes our souls golden.  The Saints are there.  Mary is there.  It feels like nothing we have ever felt before.

On the edges of the light, in the rays of the ball of light at different levels were other souls, they were being purified.  The rays were burning imperfection away from them.  They could see the center of the light, but couldn’t quite get there.  These are the souls we are called to pray for.  They have died with some attachment to earthly things, and they will be perfected before reaching that state of total LOVE.  They are suffering because they can see the center, but aren’t there yet.  Finally, there were the souls that were in the blackness.  The void.  There was no love.  A rejection and an absence of God.  It was the loneliest place I have ever felt.  It was a state of desolation.

There was something else he showed me, and it was very reminiscent of the writings of St. Maximilian Kolbe.  It was the shining example of Mary.  He told me she was the daughter of God the Father, conceived without sin.  She is the Spouse of the Holy Spirit.  As Maximilian said it, the Holy Spirit is the uncreated Immaculate Conception, and she is the created Immaculate Conception.  She is the Mother of Jesus Christ, the son.  She is in union with the Trinity.  She is a daughter, spouse and mother.  She is the epitome of relationship with God. The reason why we honor her is because she lived, “thy will be done on earth as it is in heaven.”  God wants this unity for all of us with him.  He wants us to be in communion with His Divine Will.  It is for this reason,  I believe Mary is the Mediatrix of all Graces.  As Maximilian stated, we can never love Mary more than God did.  We should definitely be asking her to be Our Mother and guide us in the example she gave.

So with all that said, the message I have for you today is, abandon yourself to God’s will.  You cannot control what is going on in the world today, but you can shine the light of God into the world, and stop hatred from coming from yourself with your own actions.  You don’t need a prophet to tell you what is going to happen in the future, you need to walk by faith.  Do not put your trust in human beings, but in God.  He really does love you more than you can imagine.  And not to be cliche’, but live each day as if it could be your last, following God and walking the narrow path.  Live with him in the present moment trying your best to do God’s will on earth as it is in heaven because you never know when the bridegroom will come to bring you home.

I will leave you with this song, that in an earthly way, captured the essence of what I felt.

I am a mother and wife as well as an RCIA and Adult Faith Formation catechist at a parish in the south. I have 3 children and a great husband.
View all posts by veilofveronica →
This entry was posted in Catholic, Uncategorized and tagged community, Faith, freedom, God, heaven, hell, prophecy, purgatory, truth. Bookmark the permalink.

5 Responses to Prophecy and the Overwhelming