The Still small voice – A call to Prayer

Posted on January 31, 2017 by veilofveronica 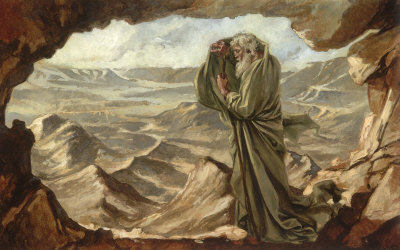 More than anything these past few weeks, I have felt the Lord call me to deeper and deeper prayer.  In fact, I believe He is calling all of us to deeper prayer with him.  Prayer brings communion and he wants communion with us.  Because I have felt this call, I signed up for a Silent Retreat this past weekend.  I cannot tell you enough to go be in the silence with him for at least 15 minutes a day.  This is how you hear God’s voice.  And when you hear his voice, you are strengthened in Him and you are able to go out into the world to make it a better place.

This retreat was very fruitful for me.  I told God, “I don’t want to show up here with any agenda but yours.”   The only agenda I feel I did go in with was one where I would pray for others.  God has asked me to get outside myself, so I didn’t think He would mind if I brought other people’s prayer requests to him.  I put out a message to friends that if they had any prayer requests, I would present them to the Lord.  People messaged me giving me prayer requests.  After reading through all of them, I could see the pain and suffering of God’s children.  I wrote them down and put them in my journal.

On Friday night I went to the chapel and read each intention to the Lord, laying everyone’s concerns at His feet and asking him to hear their prayers. I went to bed and was awakened in the night feeling the Lord tell me, “Tell them all Jeremiah 29:11”.  For those of you who are not familiar with this verse, it says, “For I know the plans I have for you,” declares the Lord, “plans to prosper you and not to harm you, plans to give you hope and a future.” Then on Saturday, I repeated my prayers with all of the intentions, this time in adoration in front of the Blessed Sacrament. That night the Lord told me to tell everyone, “Daniel 10:12.”  In this passage an Angel has appeared to Daniel and this is what the Angel says, “Do not be afraid, Daniel. Since the first day that you set your mind to gain understanding and to humble yourself before your God, your words were heard, and I have come in response to them.”  I know God is good all the time, and he hears our prayers. If you pray in the quiet you can hear Him too.

The Priest at the retreat told a story which touched me greatly, and he was speaking in regards to prayer.  He told the story of a women who back in the days when train stations had phone booths and a call cost a dime, this women, who was poor, would go looking in each of the booths to see if she could find a dime to make a call.   As he and friends watched her, they noticed in one of the booths she found a penny, not enough to make a call with.  She threw the penny away.  The next day they decided to do a little experiment. Being a young boy at the time and not yet a Priest,  he and his friends put a penny in the row of ten phone booths, so there were 10 pennies.  The woman came along and found the first penny and threw it away.  She found the second penny and threw it away, and so on and so forth, until all 10 pennies had been thrown out. The boys approached the lady.  They told her they knew she was looking for a dime.  She said she hadn’t found one.  They told her that actually she did, but it was in the form of ten pennies.  Enough to make a call.  She realized the mistake she made throwing the pennies away.  The Priest went on to tell us that we are often like this in prayer.  We are expecting God to do things for us and we are so busy looking for dimes, that we totally miss it when he is leaving us pennies.  Be open to the Holy Spirit.  He may be leaving you pennies all day long – that when put together – are way bigger than the dime you were wishing for.

I felt like I heard God louder than I have ever heard Him before.  Perhaps it was just the silence, or the holy place, or even wearing my veil, (I will say that ever since I have put that veil on I now, just this short while later, I LOVE IT) or all of those things, but there was peace and there was communion with God.

I was able to write a prayer that I felt like we need for our times.  It was a prayer asking for Mary’s intercession.  She is the Queen of Peace, and our world is lacking peace, so here is what I wrote;

Oh Most Immaculate Virgin, daughter of the Almighty Father, conceived without sin, Spouse of the Holy Spirit, the uncreated and created Immaculate Conceptions, Mother of the Savior of the world, Jesus Christ, guide us to union with the Trinity to whom you are united.  Because of your Fiat, you are the shining example of relationship with the Divine Will.  In these times of darkness and tribulation Most Holy Mother, intercede for us and illuminate our path, in order that we may see the Triumph of your Immaculate Heart, whose purpose is to draw us to rest in the Sacred Heart with our Triune God Most High.

Many other things happened as well, but I will just share with you one more.  They had us take a long look at our repetitive sins.  They said there is usually a deadly sin that could be attached to it (not that the repetitive sin is deadly, but the root of it could be a deadly sin).  They said there would be a virtue to counteract that sin.  They said to focus on one at a time and look for the virtue to counter it.  After reviewing my faults and many sins, I knew the virtue I need to work on most right now is Temperance.  (As an intense personality, I can be “all in” on things whether good or bad).  All day long on Saturday, God said Temperance to me.  When we were getting ready to leave on Sunday they were passing out Saint cards for us to take home and there would be a virtue for us to practice attached. I looked at the woman next to me (because we could talk at this point) and I said, “whelp, I am going to get Temperance.”  Sure enough, the Priest brings a stack of cards to me face down.  I pull one out, and of course, it is Temperance.  And the Saint is Thomas Aquinas – whose feast day was Saturday when I heard God speak Temperance to me all day.  I will be asking for his intercession to help me with that virtue.  God really does know what we need even when we don’t.

I tell you these things in order to let you know that prayer is fruitful.  Not always immediately, it takes time.  For me, this has been a 7 year journey of prayer.  I think though, in the past, I may have been throwing pennies away looking for dimes.  There is so much hate in the world right now, I feel compelled to prayer because prayer connects you to God.  God IS LOVE.  Love counteracts hate.  If we are to be Golden Souls, we must be praying and praying deeply, asking God HIS agenda, not our own. 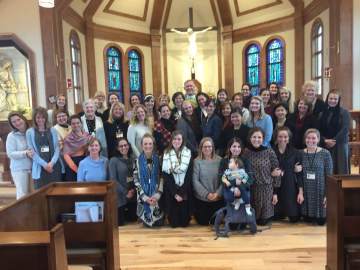 I am a mother and wife as well as an RCIA and Adult Faith Formation catechist at a parish in the south. I have 3 children and a great husband.
View all posts by veilofveronica →
This entry was posted in Catholic, Uncategorized and tagged Catholicism, Faith, Mary, Mass, Peace, Prayer. Bookmark the permalink.

8 Responses to The Still small voice – A call to Prayer