Posted on October 25, 2016 by veilofveronica 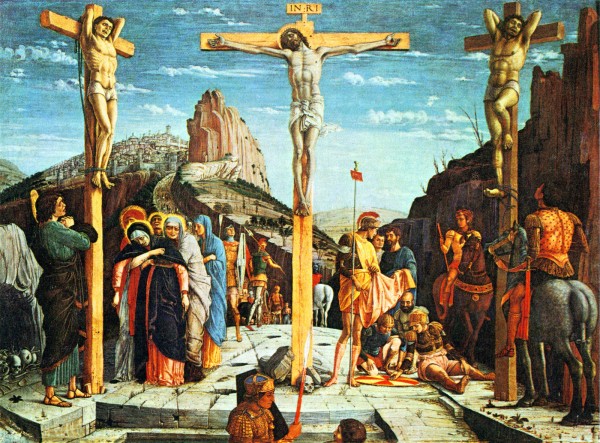 One of the criminals who were hanged there was hurling abuse at Him, saying, “Are You not the Christ? Save Yourself and us!” Luke 23:39

Though I do not watch a lot of TV, I did happen to catch a glimpse of the Walking Dead the other night, the season opener.  This was not something I chose to watch, but happened to walk in on.  I try to be very careful what I watch because graphic images are hard to get out of your head.

I do not know the characters.  I just know that the show is about zombies that eat people and the people trying to survive.

So imagine my shock when the scene I walked in on was not about zombies, but showed a man, a leader of a group, brutally murdering another man.  It was so gruesome I had to leave the room from shock.

It got me thinking, aside from the utter brutality the media portrays, which now seems to have a no holds barred assault on decency, and is an article for another day… the Walking Dead are not zombies.  They are people without God.  They are people who remain defiant in their sin as if God should fit their needs, and not the other way around.

Recently I read an article about a Baptist Minister who said God helped her make the best decision to abort her baby.  And another article about how Kermit Gosnell read the bible and concluded he did nothing wrong.

I am not here to judge the souls of these people, but I am here to tell you that each and every human being is dignified and is loved by our awesome God.  When we distort the truth to fit our agenda, we are no better than the bad thief on the cross.  We recognize God and essentially spit in his face, asking him to conform to our agenda instead of the other way around.  There is no surer way to end up separated from the love of God, than to reject human dignity and dehumanize other people.

This lack of understanding of sin, makes people dead inside.  I know, I have felt it when I was mired in sin.  It is not zombies who are walking dead.  It is us, unless we repent and believe in the Gospel.   Peace comes with the light of Christ.

I am a mother and wife as well as an RCIA and Adult Faith Formation catechist at a parish in the south. I have 3 children and a great husband.
View all posts by veilofveronica →
This entry was posted in Uncategorized and tagged catholic walking dead, Christianity, Life, Sin, truth. Bookmark the permalink.

2 Responses to The Walking Dead