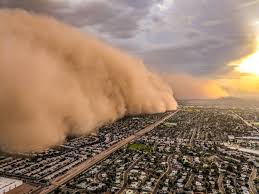 The Law came in so that the transgression would increase; but where sin increased, grace abounded all the more,  so that, as sin reigned in death, even so grace would reign through righteousness to eternal life through Jesus Christ our Lord. Romans 5:20-21

The past couple of months have interiorly been difficult for me and I have been trying to talk to the Lord about it.  There was a barrage of things that took place, starting with the dog, to some family turmoil, to sickness.  All of it was coming at me from outside.  From other people, places and things.  There were just so many things I could not control.  I was feeling pummelled.  Couple that with the the state of the world and it’s deterioration, and the internal battle began raging.  The enemy was at the gates, trying to break in and get me to believe the lies.  The enemy tries every tactic he can to get you to walk away from God.  If he sees your interior growing in holiness, he will pummel with exterior things.  This is how I know that I am actually doing what God wants, when the attack gets fierce.  God was wanting me to wrestle with and figure out a very big question.

WHO AM I?  Have you ever asked yourself this question, or even asked another person?  Almost always you get an answer of what a person does.  I am a teacher.  I am a doctor.  I am an accountant.  But this is not what God wanted from me.  He did not want to know what I did.  He wanted to know WHO I AM.  What is it He sees?  This is vastly different than a job.  When you start asking who you are in God’s eyes, you can also see where you are standing on sand.  What do I mean by this?

The walk with God is one of purification.  It is one of perfection in virtue where you become attached to God alone.  When you are attached to God alone, you operate in the very essence of who you are.  All of your gifts become apparent and they are used in service of God which brings you in closer communion to other people – regardless of what they are doing.  You learn how to interact lovingly, how to pour God’s life and truth out into the world.  But the closer you get to God, the more you see what you cling to that is not Godly, and how the devil can even use things that are inherently good to draw you away from God by twisting that inherent goodness into something self serving.

Let me give you an example.  I could use any example, but I want to use one I see a lot of fighting about in Catholic circles; the Liturgy.  I am a stickler for Liturgy.   I like the Liturgy to follow the rubrics because they were written by the authority of the church, which we should be obedient to.  This is all good.  I have noticed Catholics can “church shop” as much as Protestants in this regard.  If we like one Priest better than another we leave and go to another church.  Now please understand what I am saying here – we should have a proper liturgy this is good.  But what happens when it gets abused?  We leave and go elsewhere.  That is not necessarily bad to do that right?  Right.  But here’s the thing; WHAT IF IT ALL BECOMES BAD?  What do we do then?  The catechism tells us;

“Before Christ’s second coming the Church must pass through a final trial that will shake the faith of many believers. The persecution that accompanies her pilgrimage on earth will unveil the ‘mystery of iniquity’ in the form of a religious deception offering men an apparent solution to their problems at the price of apostasy from the truth. The supreme religious deception is that of the Antichrist, a pseudo-messianism by which man glorifies himself in place of God and of his Messiah come in the flesh.  – Catechism of the Catholic Church 675

So what if we have all left all of the places where there is abuse and we find ourselves with no place left to go?  Do we lament and call ourselves the remnant as we watch “those people over there” self destruct and hide away hoping to avoid their fate?  That seems to be what the Apostles did to Jesus.  Only one stood with him when it all fell apart.

I had to ask myself that question seriously, and what it means to know WHO I AM in God’s eyes and what exactly is He asking me to do?  If I am simply looking for the Liturgy to be better and proper…. what am I actually doing?  It seems to me I am clinging to SECURITY and not to God.  What if God wants me in the middle of a place filled with ABUSE?  I need to know WHO I AM so I can remain standing.  I need to know I AM THE LOVED DAUGHTER OF A KING.  And my security doesn’t come from RUBRICS but GOD. Who will hold me up when the world starts crumbling?  If everyone else is disobedient, where will I turn?

Why is this important?  Because if I do not rest securely in GOD and the fact that who I am is HIS CHILD WHO HAS BEEN GIFTED, I will run away from every uncomfortable situation, cling to my worldly security, and shut down the gifts that he gave me and wants me to use.  I will be operating OUT OF FEAR.  Satan feeds on fear.

If I avoid abuses-which are rampant except in a few places -in church, I cannot minister to the church, and I become bound to my security rather than to God – if the whole church falls apart – I will not be standing at the foot of the cross because I too will have run away until there are no more places to run to.  If I want to be standing I must be secure in God even when everything falls apart.  I must have PENTECOSTAL COURAGE, which God wants to pour on us.  It’s about being the living sanctuary, so when the sand gets blown away – you’re actually standing on rock.

Maybe God wants to flourish me with gifts that he gave me smack in the middle of abuse – why? BECAUSE IT IS SO NEEDED THERE.  And when sin abounds, grace abounds all the more.  This is the place where the miraculous happens.  Read the book of Acts, the beginnings of the church.  The foundation of what they had all been standing on WAS BLOWN AWAY.  But they were left on a rock, and sent the Advocate and the gifts they were given were plentiful, and grace abounded all the more.  They performed the miraculous all the while having stepped out of their comfort zone and into the deep with the Anointing Fire inside their souls.

Ask God WHO YOU ARE.  Listen intently because He is trying to make a living sanctuary of you and me so that we are rock solid in the storm.

I am a mother and wife as well as an RCIA and Adult Faith Formation catechist at a parish in the south. I have 3 children and a great husband.
View all posts by veilofveronica →
This entry was posted in Catholic and tagged Acts of the Apostles, Book of Acts, Pentecost. Bookmark the permalink.

3 Responses to Standing on Sand